Early in my path of teaching Reiki, I offered a class for several fellow employees at our Retreat & Conference Centre. One student was also a massage therapist, the other worked in the kitchen. We had the Forest Shelter to ourselves, & were just beginning, when a third gal joined us. She worked with the office, & had noticed the flyer on the back door that morning, & said 'my guides made it clear that I need to be in this class - but I had other plans for today!' 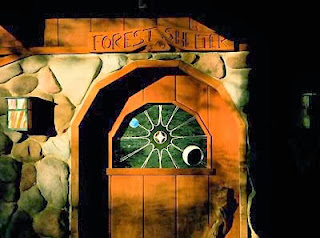 We talked a few minutes, she was VERY reluctant to stay, but generally followed her intuition... so I suggested she could remain for the general information (history, Reiki healing stories) portion, but when it was time for the initiation, she would need to decide whether she was leaving or staying.

When the time for the practical teachings & initiation arrived, she agreed to stay, & we proceeded to initiation. The building is topped with a large skylight, & rain was falling.

As the students regrouped after an initiation, A told us "NOW I know why I was so reluctant!" & said that as she sat in the chair, she recalled a lifetime long ago in Tibet, where we had 'brought the (Reiki) energy in, in caves on a mountain. Later, we went down the mountain, to the village below, & tried to share the teaching - but the villagers weren't ready & she was stoned! 'We made the mistake of lowering our vibration to match theirs, rather than RAISING theirs to meet ours/the teachings! & were stoned!'

She told us that someone had told 'Read' that lifetime, but she hadn't had memories till then; and during the initiation, with the rain striking the roof, she'd 'felt' the stones hitting the side of her body! The lesson had been that we needed to keep our Vibration high, & not try to convince others of the value, but lead by example.

During MANY classes since that one, a student has commented 'we'd better keep this to ourselves, people have gotten BURNED for healing!' ... & I tell A's story, with the reminder that it's important to to stay in our power, rather than moving into fear. To keep our own vibration high, as we share Reiki healing and teachings!

Email ThisBlogThis!Share to TwitterShare to FacebookShare to Pinterest
Labels: Do not Worry, Initiations, Past, Reiki Class, Reiki I